Do You Have Any Questions for Me?

Do You Have Any Questions for Me? 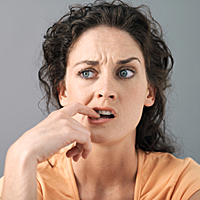 And, since you could possibly be working at this company, it’s in your best interest to ask as many questions as possible so that you know exactly what to expect. Here are some examples of what you might want to ask…

To find out more about the company:

To find out more about your position:

Work-life balance and other expectations:

And NEVER ask these questions:

Your job candidate sits down, takes a family photo off your desk and deposits it into her purse. Another one slips off her shoe, pulls out some Johnson’s baby lotion and proceeds to slather it on her foot.

Yes, seriously. Those are real stories from HR and hiring managers who replied to a CareerBuilder survey on the worst interview flubs they’ve ever witnessed.

The nationwide survey, the results of which were released Jan. 14, was conducted online by Harris Poll from Nov. 4 to Dec. 1, 2015, and canvassed more than 2,500 hiring and HR managers. CareerBuilder specializes in HR software.

In addition to sharing stories about strange job interviews, the respondents answered questions about interview behaviors that annoyed or angered them. Lying, answering a cellphone during the interview, appearing arrogant, dressing inappropriately and swearing were among hiring managers’ top 5 deal breakers. Half of respondents said they knew within the first five minutes of an interview if a candidate was a good fit for the position. The survey results have a sampling error of +/- 1.92 percentage points.

“Preparing for an interview takes a lot more than Googling answers to common interview questions,” said Rosemary Haefner, chief HR officer for CareerBuilder. “Candidates have to make a great first impression appearance-wise, have a solid understanding of the target company, know exactly how to convey that they’re the perfect fit for the job and control their body language.”

•    Taken a family photo off the interviewer’s desk and put it into her purse.
•    Started screaming that the interview was taking too long.
•    Said her main job was being a psychic/medium and tried to read the interviewer’s palm, despite the   interviewer’s attempts to decline the offer.
•    Said “painter of birdhouses” when asked what his/her ideal job was. (The company was hiring for a data entry clerk.)
•    Sung her responses to questions.
•    Put lotion on her feet during the interview.
•    Replied “My wife wants me to get a job” when asked why he was applying for the position.
•    Started feeling the interviewer’s chest to find a heartbeat so the two of them could “connect heart to heart.”
•    Had a pet bird in his/her shirt.
•    Conducted a phone interview in the bathroom—and flushed.
•    Spread confetti around during the interview.
•    Said she didn’t want to leave her old job, but her boyfriend wanted her to work for the company so she could get discounts on products.
•    Shared a story about finding a dead body.
•    Said he wouldn’t be willing to wear slacks because they didn’t feel good.

When asked to share interview behaviors that they disliked, hiring managers named the following:

Dana Wilkie is an online editor/manager for SHRM. – See more at: http://www.shrm.org/hrdisciplines/employeerelations/articles/pages/interview-mistakes.aspx#sthash.OLPmqPHz.dpuf